I've been in a mood to finish-all-the-projects. I've mentioned before that I'm most creatively productive when I have 2-3 projects going at a time. Smaller projects, like Nicholas' slipper socks, were fast to finish up, but a few longer-term projects contributed to a general feeling of overwhelm. Finishing the cardigan helped, of course. And seeing as Molly and I were excited to start our mini Glacier Park Cowl KAL, I wanted to get one more project "off the needles" beforehand. So here we are!

I actually love the finished object far more than I liked it in process. This poor yarn has been through the wringer — see red yarn, five tries — and was rather "crinkly" from being in knitted form, sitting untouched in storage. As I knit with it, the stitches looked a bit uneven and sloppy. I wasn't too worried because I knew I'd still wear this scarf, albeit wrapped up and tucked in and not examined too closely. However, blocking worked a small miracle and now I have a finished scarf in a pretty color, with even tension, lot of smooshiness (a technical term, of course), and a super soft hand. However I thought it would turn out, the process of knitting this was really enjoyable. Brioche-on-the-bias had just enough interest to keep me entertained, but plenty of mindless rows, too. After all those failed attempts, this yarn deserved a little photo shoot, and my friend Molly generously offered to take some pictures of me wearing it. :)

Sometimes, the fifth time's the charm.

Specifics/modifications: modified to be wider than the larger size. I like a nice, wide scarf best.  For more details, see my ravelry project page 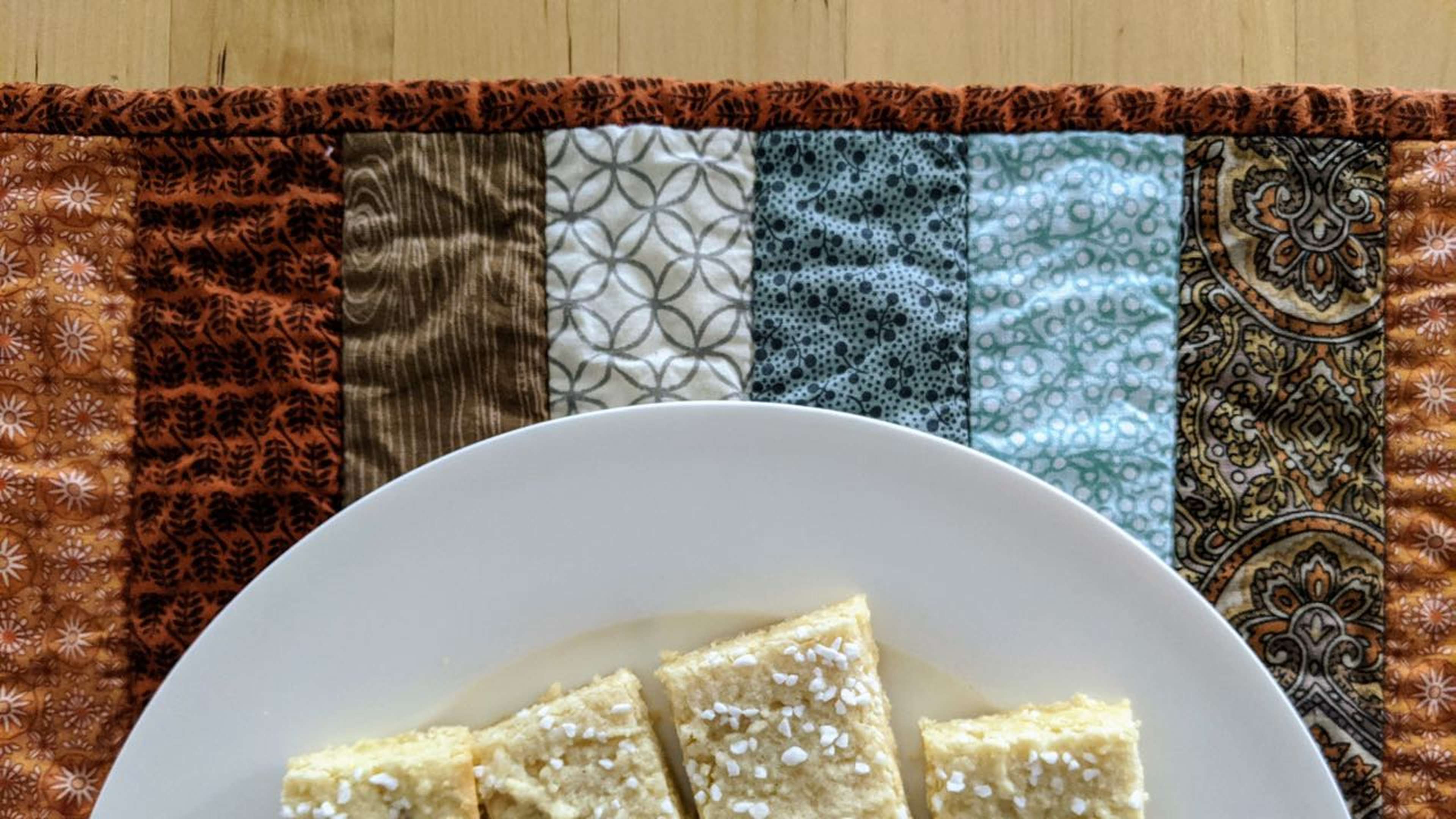 I love baking. I truly do. The difference between a bad afternoon and a good one can be as simple as a baked good. I love the slow process, the premonition of preheating the oven, sometimes playing around with different flavors. My favorites are your typical "home bakes," nothing couture. Cakes, cookies, brownies, etc., are all my go-to baked goods to make in my own kitchen. 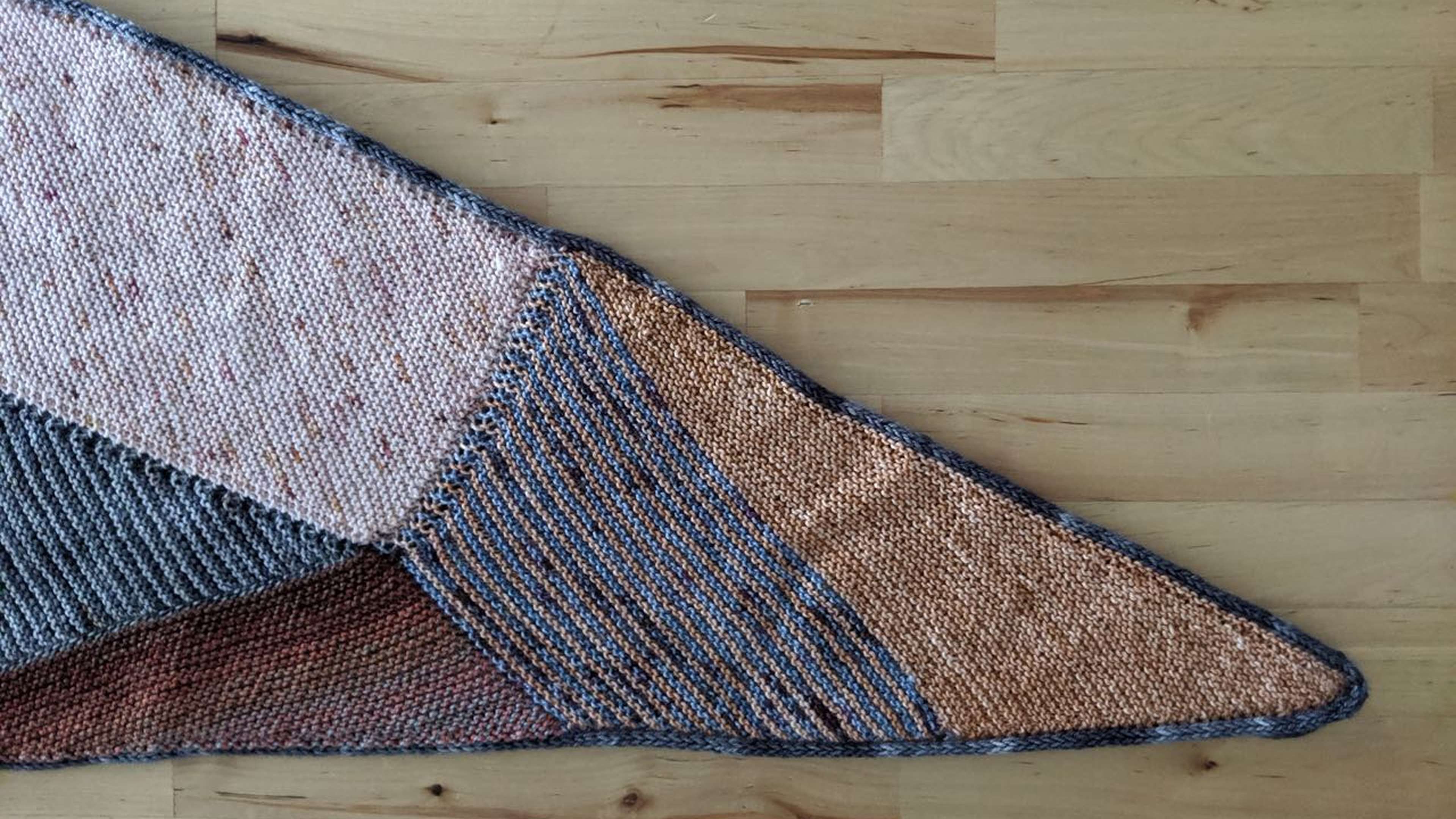 Some projects come along at just the right moment, and this shawl is one of them. After several rather hectic months, I wanted to get back into the rhythm of knitting, but wanted a fun, low-pressure, but still creatively inspiring project. I love knitting socks, but I wanted to knit something with more colorplay and this shawl was just the thing. 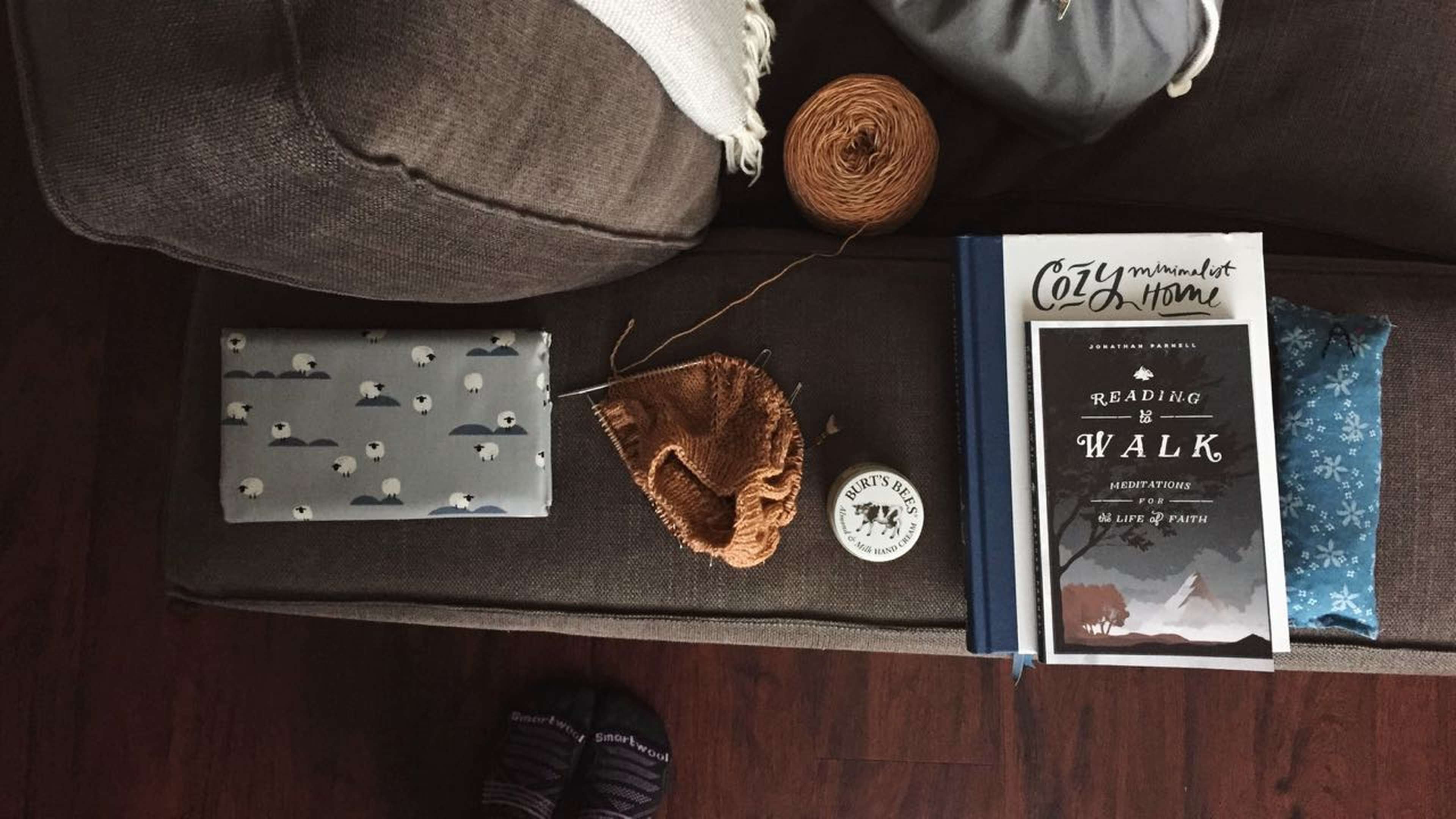 It's that time of the year when typically, as a born-and-raised Northerner, I'd be yearning for spring. That yearning isn't quite so pronounced here in Austin, but nonetheless, February is a month of almosts. Winter is almost over, spring is almost here, etc. And so it has been timely for me to indulge in a few self-care practices (and treats) while we're living in the almosts.