Hello! It's been a little while. I have wanted to write, but much of my free time is filled by me knitting away on a test knit on a deadline. When that's finished (soon!) I am wholeheartedly back to regular blogging and probably some sock knitting. That said, here is a little bit of what we've been up to.

Cutting fresh daisies from my in-law's garden. The "friendliest flower," as my friend Rachael would say, referencing You've Got Mail.

Making sheet pan chicken fajitas. Nicholas ate his with a gluten free wrap and I ate mine with cauliflower rice.

A baby in a Pikler's triangle. He's been bringing his toys in and playing under it sometimes. When I set the chair cushions underneath, he will crawl on them, so eventually, I want to sew a cushion that fits the dimensions of the base of the triangle, so it can feel more fort-like.

Cooper taking after his dad's love for tree climbing (don't worry! his daddy's hands are just out of frame)

Coffee at home. In the midst of toys and an ever-curious baby boy.

And wearing these colors, this summer:

And more blue, with a headband, oftentimes.

Catching morning light in our kitchen

Daily walks with just Cooper and I, family walks on weekends, or weekdays before supper. Shadows from grass blades, silhouettes on the sidewalk.

Working on a test knit, as I mentioned above. It's knit in Cestari Monticello, a beautiful cotton/linen blend that's soft and doesn't hurt my hands (unlike most other inelastic yarns).

An outdoor coffee date downtown with my friends (twins!) Molly and Megan and some of our kids. I always laugh so much when I'm with them. Such a fun afternoon! It was incredibly warm, so all of us (babies included) were all sorts of sticky. Getting to see (and hold) Molly's little girl is always so special, since they live in Texas. And it was so good to see Megan's little boy, since I hadn't seen them since he was only a week or two old!

Making blueberry crumble. I've already used this recipe twice and it's wonderful! The second time, I didn't have pecans, so I used a mixture of sliced almonds and walnuts and that was really good too.

Enjoying the benefits of a sister-in-law who wears approximately the same size jeans. She didn't love these and was going to return them, but she suggested I try them on and I really like them! (just out of view is Cooper eating supper, which you could guess by the food on the floor ;)

Driving in the truck, with the windows down and the sunroof open, feeling like a quintessentially summer thing to do.

The faces and antics of Cooper:

Experiencing the seasons as a bystander to a farmer's land. I don't have a photo, but this field is now filled with hay bales.

And lastly, Nicholas and I have just begun a new little weekly ritual that we call Treat Yourself Tuesday. The goal is to relax together, and (we think) most weeks will include foot baths and a movie night. Having a fun routine on a regular Tuesday night makes the whole week feel more fun. And I never want to stop being intentional about having fun with my husband.

Now, back to test knitting. :) 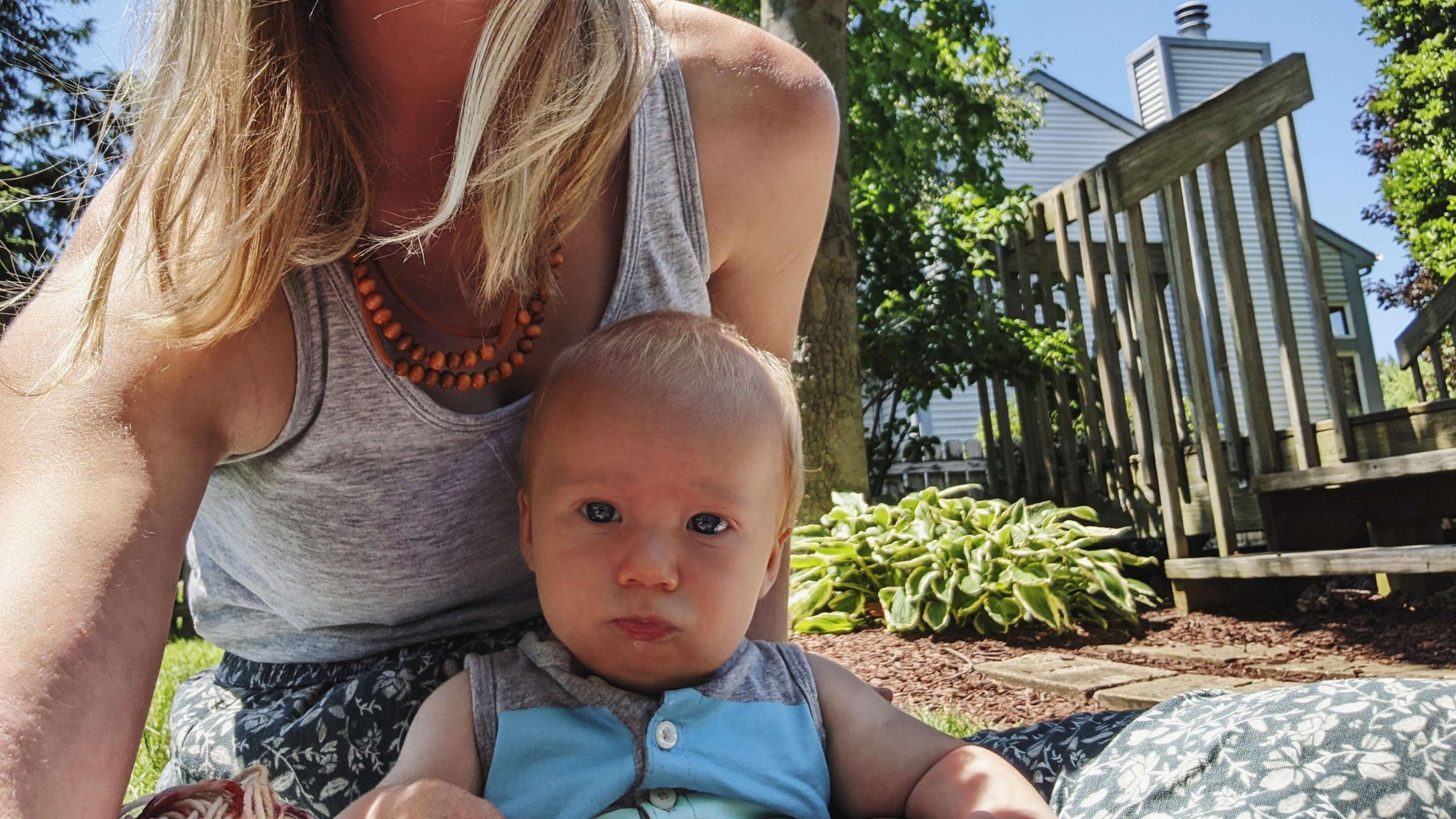 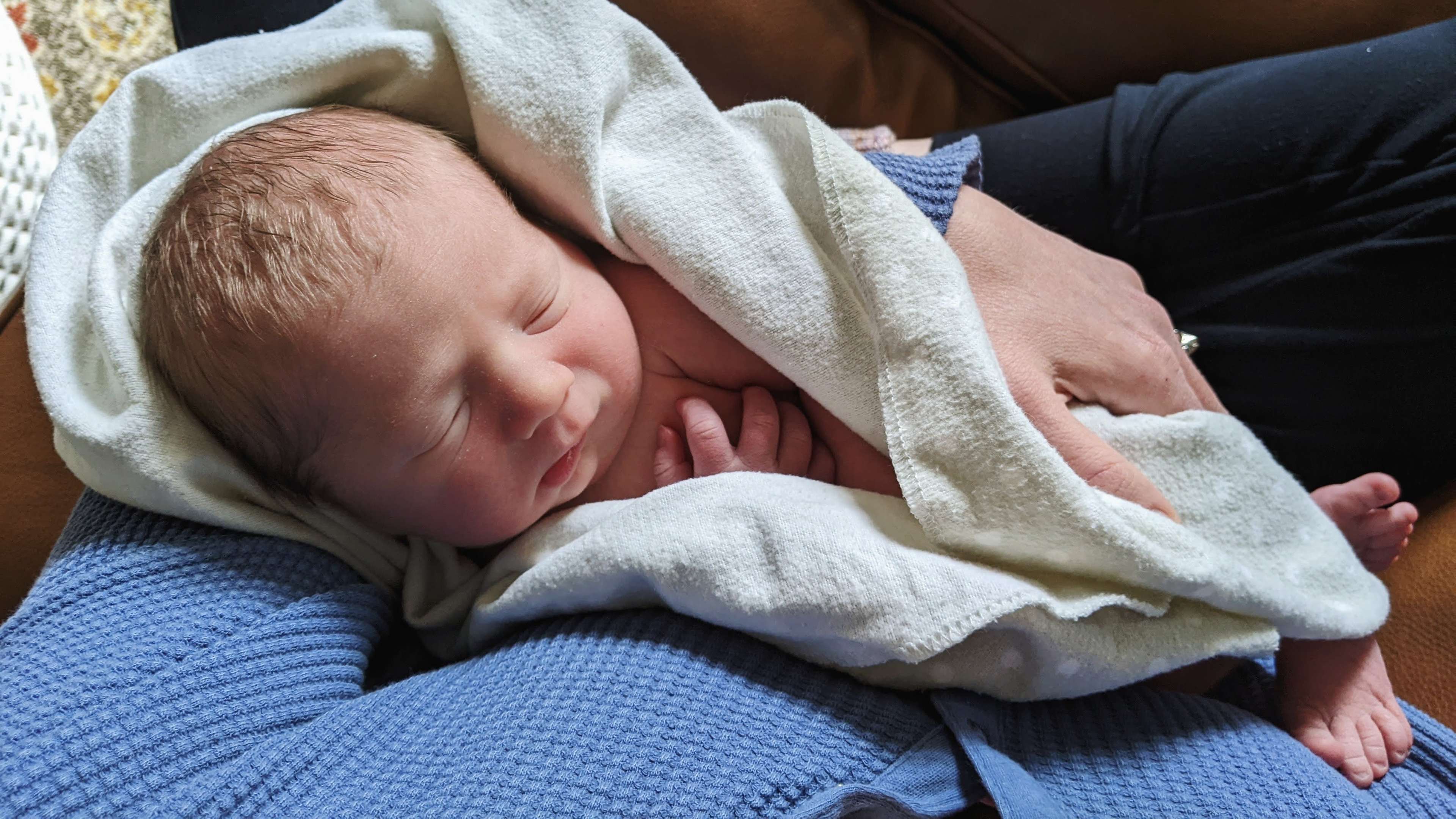